Steiner Academy of Martial Arts is a place to become a better martial artist, a better citizen of the world, and a better person.  Martial arts is a vehicle by which we grow, it is not to be taken lightly. It must be pursued with vigor and commitment. My role as Sensei is something that I take very seriously and hold dear. It is my calling and I am grateful to all who have contributed to my growth, both instructors and students. Teaching is the sustenance of my happiness. 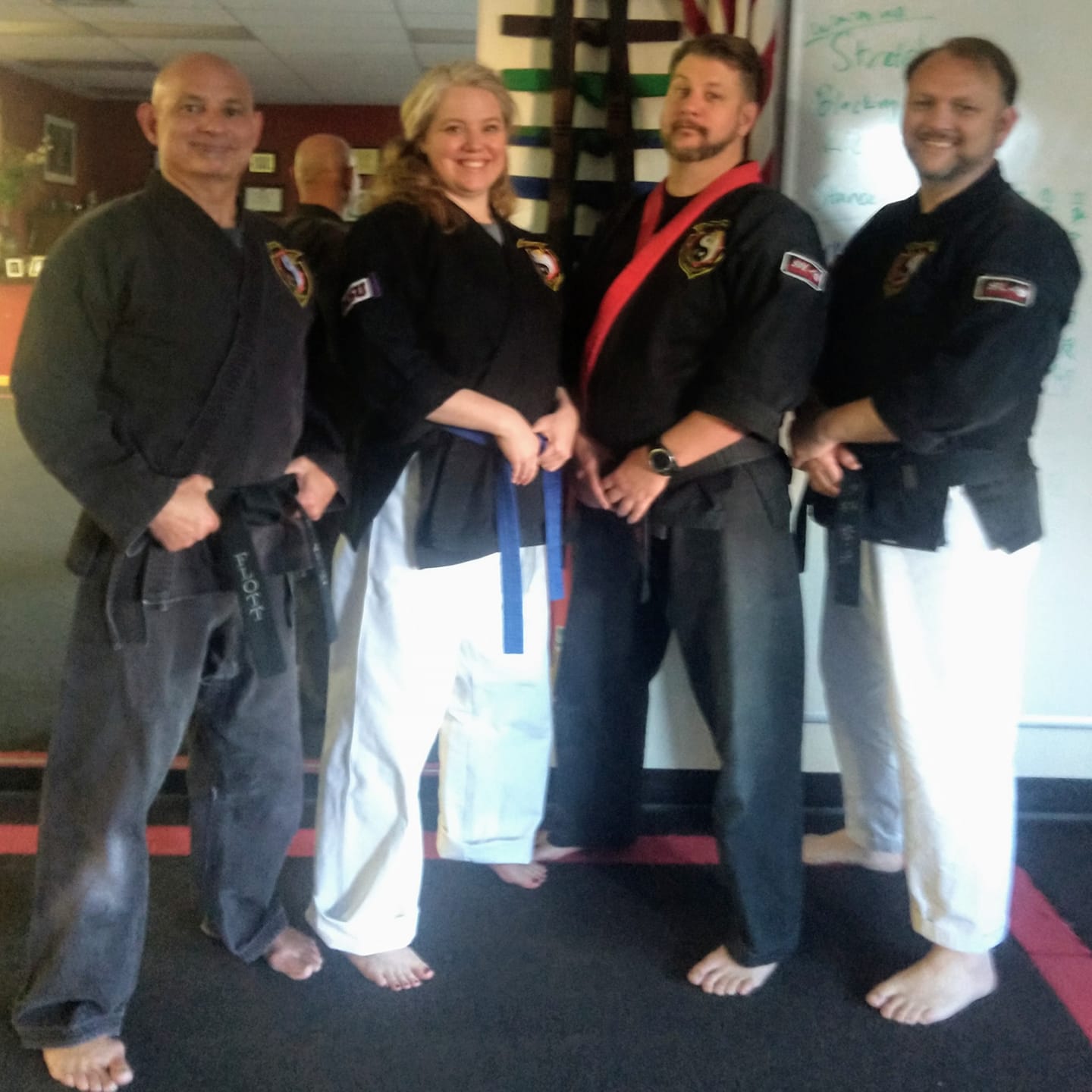 – originated with Shaolin Kempo. Sensei Steiner started with Shaolin Kempo in Omaha in 1994-’95. Once a brown belt on the verge of Black he started teaching in his own school in 1998.    Over time Sensei Steiner has taken the Kempo he learned and started to question, test and refine his system with influences from Primarily American Chúan-Fa, Other Kempo/Kenpo styles, Brazilian Jiu Jitsu, Kung Fu, Kyusho Jitsu, Military Defensive Tactics and other experiences to formulate the system as it is today.

Our mission statement is a simple motto. It embodies the essence of the existence of the Martial Science University Family. Simply put, we exist to perpetuate the good name and works of our progenitor, Mr. Ed Parker Sr. as well as all the many facets of the martial sciences, not just Ed Parker’s public teachings of his commercial works.

With the Martial Science University, American Chúan Fa we have chosen to explore Mr. Parker’s creation through to its many advanced concepts. It is not our desire to “traditionalize” his work, but by Ed Parker’s own wish, take it to new levels of proficiency. By doing this, we raise his works to the level of the true science he envisioned and performed, while maintaining humane, reasonable, and ethical martial applications as we were taught.

Others have made a choice to stay within the context of Mr. Parker’s published commercial works. Something Ed Parker himself didn’t do. We have chosen to move in the direction Mr. Parker himself was pursuing. We are very fortunate Mr. Parker taught, and pointed the way for our Executive International Director, who has taken on this extremely monumental task to move the science further into the future for all Martial Science University Students regardless of style or discipline.

The goal at Steiner Academy of Martial Arts is a simple one.  The continued improvement of our students.  Personal growth in all avenues including development of Self-discipline, Improve physical and mental health, Self-esteem, Confidence, Improved academic or career performance and decision-making skills, Higher levels of energy, focus, and concentration,  learning and mastering Self-defense techniques. We have children, adult, and combined classes for families that wish to train together!